Life Isn’t All Rainbows and Butterflies Here In Paradise 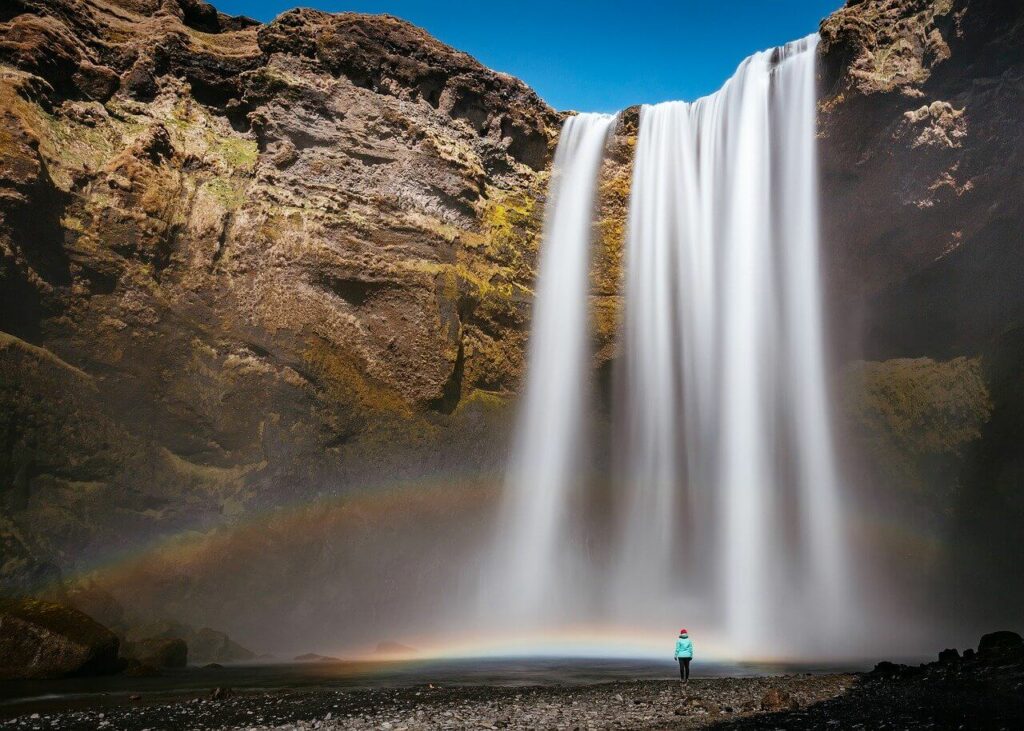 Giving off the impression that life is all happiness all the time is easy to do through the self-selected Instagram grid.

It’s somewhat easy to be vulnerable and share about things that you’ve already worked through and overcome.

I used to be this way, but I’ve overcome it. Now it’s like this. Life is so easy now.

The uncomfortable truths about our lives are easier to share with whomever might happen upon a post when the issues are already in the rearview mirror.

I’ve shared a lot about my own personal growth that has happened through this past year.

We let go of most of our possessions before setting off on this adventure, which really was an eye-opener as it relates to how things were limiting our lives. I’ve changed some self-limiting beliefs that were holding me back in multiple areas of my life. Those two are some of the areas where I’ve seen a transformation.

As I mentioned, it’s a lot easier to share that stuff being on the other side of it.

However, there’s a somewhat deeper reason behind this journey that we’re on that we’re still working on. We’re still in the process and not on the other side. It’s a very personal, vulnerable area of our lives, which makes it more challenging to discuss, especially when we’re in the midst of sorting it out.

On the surface, this adventure that we’re on may appear that it’s about living in some beautiful, tropical place. It’s about being able to take these “Instagram-worthy” (whatever that means) photos and show off a carefree life without the issues many people face in their everyday lives.

While there’s amazing beauty and it’s extremely easy to feel a deep sense of gratitude being immersed in so much abundance of life, we’re working through some tough stuff.

We didn’t come on this journey because we were content with our lives.

We have come on this journey to figure our lives and family out.

My lesson from my mom’s passing on was to not kick the can down the road and wait for some future day to decide to begin living in alignment with the life I know deep down I can live.

My takeaway when I left my mom the final time was to live without regret. It’s been the wallpaper on my cell phone ever since.

Living without regret means not looking back wishing I had done the things I felt called to do. It also meant not regretting that I made unconscious choices. It meant waking up to my life, seeing where I was, and working towards where I wanted to go.

That last paragraph contains a lot of “I’s”, but simply figuring out my own stuff won’t work living in a family. Waking up from my sleepwalking meant also seeing how this sleepwalking was the way of our family. We hadn’t actively, intentionally created our life. And unfortunately, when you’re sleepwalking through life, your life creates you.

When you and your partner aren’t steering your ship, you end up somewhere you may or may not want to be.

Life was by no means terrible. By many societal measures it would be considered good.  However, there was this underlying level of dissatisfaction for both of us.

This underlying level of dissatisfaction contributed to us developing patterns of coexisting that did not support growth in our relationship over time. Instead, it subtly eroded the connections within our family.

It was easy to dismiss this dissatisfaction as stress due to various circumstances. The jobs, money, clutter, not enough time, etc. These things always felt more pressing and in need of our attention.

All the obligations of life made it easy to overlook that John and I weren’t talking. Yes, we were talking about the maintenance details of life.

The thing was, both of us felt a consistent, low-level feeling of resentment to all the daily obligations and responsibilities of life. All those responsibilities prevented us from addressing our urges to do something much more fulfilling and soul-nourishing.

Instead, we went through our days ignoring those desires. We didn’t have enough time, or so we believed.

If you go through life long enough not talking about the stuff that matters, that muscle atrophies. You forget that we have some sort of ability to shape this thing we call life.

Things changed though when my mom passed away. For me, at least.

It was clear to me that we had to disrupt this dynamic. Our dynamic was our way of communicating and existing with one another that involved very little communication about anything beyond our immediate needs of daily living.

I could see that if we continued on the same trajectory, we’d wake up one day when our kids were going off to do their things in the world and be yearning to “find” ourselves. The people that we feel called to be would be buried under the doubts and beliefs of accumulated years ignoring those voices and urges reminding us who we are.

In my mind, we could either embark upon that journey now to rediscover those people that we truly long to be, together and as a family. Or, it could be further down the road, possibly separately.

This became a big, giant “why” to go on our journey for me. There were many other reasons to do it, but the lesson from my mom was a gift that would not let me ignore that the present was when this change needed to happen.

With my awakening, I began working with an intuitive coach, and she helped me see this long-held desire to travel and live internationally was what would benefit my family the most. It was a leap at first, as I had walled off this desire for some future time in my life when all circumstances were “perfect”, but I soon began to trust that taking this leap would save our family. At least, it would be the effort needed to see if it’s saveable.

John was not onboard with this plan. He viewed it as extreme and unnecessary. Suddenly, he could see how much he appreciated our (previous) life.

It became a discussion over the course of months. We were having more and deeper conversations than we’d had in a long time. For months, they didn’t have the outcome I was hoping for. However, I persisted.

The more we talked, the more I was no longer able and willing to accept life as it was. We had to change in some way. I could not see us changing our dynamic in the same environment. In previous years, we’d take a step forward and a step back with any growth, as the past would often get brought up as to why things weren’t working. There was lots of focus on the mistakes of the past, which made looking forward difficult.

For better or worse, I was at the place where a radical change was necessary.

You may be reading this thinking it’s naive to believe that going to a new environment would solve our problems. I agree. That’s somewhat naive.

However, to get to the core of our issues, I felt it was necessary to strip away the scapegoats that we attributed our issues to. The jobs, money, stress, clutter, time, etc.

It’s hard to address what’s underlying when you have the other stuff muddying the water.

Obviously, you can tell that John agreed to come on this journey as well. He did so, as there was something inside him that believed and hoped it would help our family. However, he hadn’t experienced a similarly impactful life experience of losing a parent. He didn’t have the fire under him, as I did, to encourage overcoming the fear and discomfort that can come with making such big life changes. The situation we were in may have been uncomfortable, but big change also comes with its own level of discomfort that he understandably wasn’t quite prepared for.

Therefore, this process has been much more difficult for him. The routines of life that somewhat anchored him and gave him a sense of control and purpose are no longer there. Now, there is a sort of blank slate, and that is uncomfortable for him.

At the time of this writing, it’s been almost four months since we left Corvallis. We’ve had many ups and downs during this time. Lots of ups for sure, but we’ve for sure had downs.

There are what feel like downs because we’re having to unravel a lot of our stuff. It’s stuff that’s not been talked about from the history of our relationship and stemming back to our childhoods. We’re learning so much about ourselves. There’s a lot of space that allows us to reflect and attempt to understand ourselves and each other more fully.

Due to how this trip was planned, we feel a sense of urgency to do the work now. I planned this trip, essentially, on my own. I planned it because John and I didn’t have much experience making big plans together. Therefore, if I hadn’t made these plans, they wouldn’t have happened.

I planned this cross country road trip for 2.5 months followed by six months in Costa Rica. Intentionally, nothing was planned for after that time. The idea has been that we’d have to get to the place during this time to be able to plan something together and as a family.

We’d have to stop floating through life and figure out what it is that we want to do together, as a team.

It can feel intense. There are tears. There’s consideration about what happens if we can’t figure this out. Our next phase of life is uncertain.

After what we’ve been through so far, it would be almost impossible to return to our previous life, which means the only way to go is forward. This means that we’re doing the hard work now to create a family dynamic that is more aware and deliberate with how we coexist. We’re doing the digging to help us clarify who we want to be and how we want to spend the lives we’ve been given.

This process has been quite humbling, but it also requires a good amount of trust that we’re going to transcend our old family and relationship dynamics that inspired this big leap to begin with.

While we’re not on the other side, I have hope. Coming to “paradise” may not be a cure all for years of unresolved issues, but having the time to sit for hours on a beautiful porch with butterflies and dragonflies catching our gazes every few minutes while we bare some of our hardest truths, can be the healing environment that gets us there. 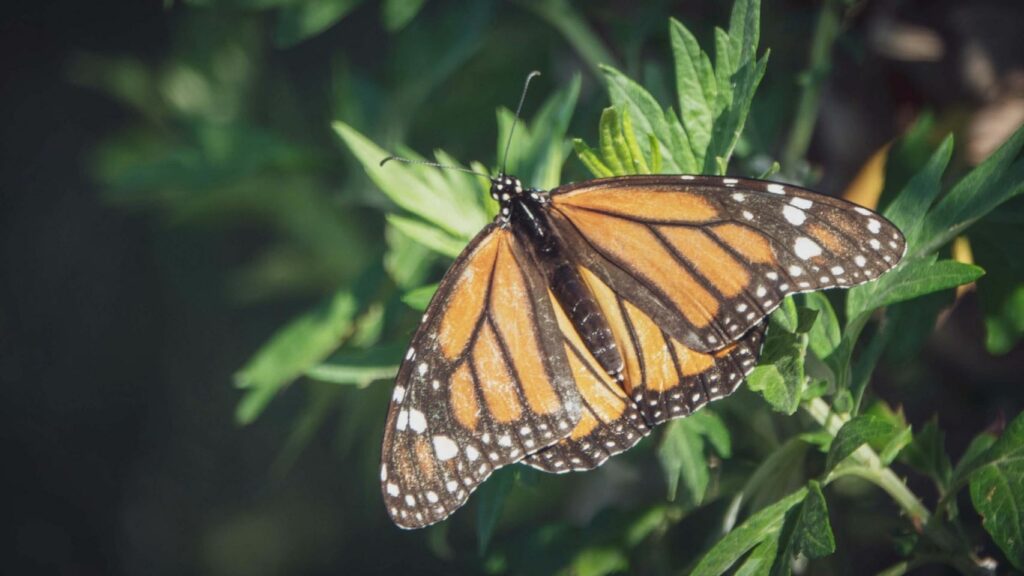 What Can Happen When We Choose Change 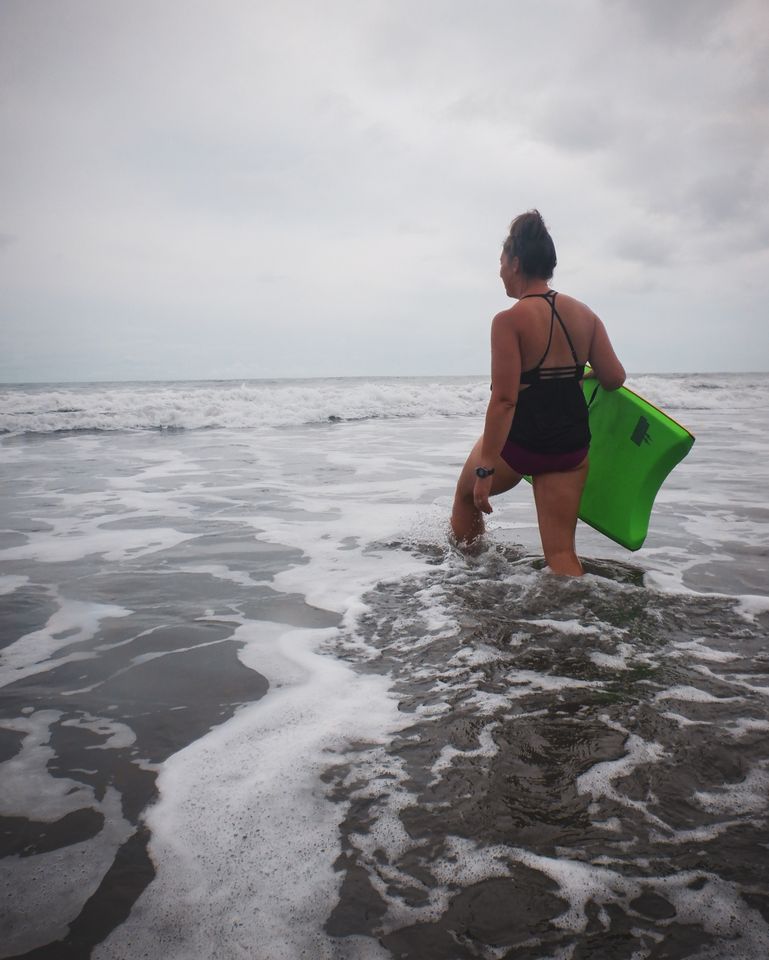